Gord as a keynote speaker at an international conference, Toronto

Welcome to the Gord Hume home page. Thank you for visiting. 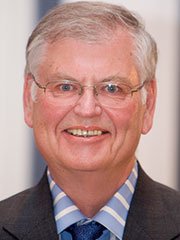 This web site provides you with information on my speaking, writing and consulting services to municipalities and government, business and community organizations.

After a difficult couple of years for the world, we are re-emerging.  The exciting news for 2022 is the publication of my fourth novel.  “MARTINIS & MANICURES” is a really fun read and an exhilarating adventure.  Samantha and her two besties get involved in a steamy brew of Florida politics, murder and—hey, this is a shock—leaks and lies inside city hall!

“SINGAPORE BLING” is my third novel and is a terrific romp as Samantha and the Sheriff fly to Singapore and then Amsterdam chasing the two con artists who have fleeced their friends in Florida.  A diamond necklace, a frantic chase and a lot of humor make this book a fabulous read.

“SAPHIRE BLUE” is a fun and funny look at life in Florida.  It’s a rom-com, has a shocking murder in the hot tub, lots of amusing commentary about life in a beach-side condo complex, and corruption in city hall.  “ALLIGATOR ALLEY” is my second novel.  It finds Samantha and her Sheriff in danger from drug dealers and Central American assassins at the same time as Samantha is embroiled in a vicious municipal election.  Tense, funny, and a great read.

I am also the author of seven non-fiction books, and co-author of two more books, which focus on building great communities and improving local government.  My latest non-fiction book is “GETTING CITIES RIGHT”, an intense exploration of the new challenges that governments will face in the years ahead.

To learn more please visit the BOOKS section of this web site.  To order any of my non-fiction books, simply visit www.municipalworld.com

After a successful career in business and as an entrepreneur, I entered the world of local government and was elected to London City Council in 1997.  That passion for creating great communities has been a hallmark of my life since I first covered Saskatoon city hall as a very young reporter in the late 1960s.

I was elected four times before deciding to retire from public life in 2010 so I could focus on my writing and speaking at conferences and civic events about government issues and community opportunities.  My speaking engagements have taken me across Canada and the United States, Europe, Asia, and New Zealand.

I had a wonderful career in broadcasting, and later in the newspaper industry.  I was General Manager of some great radio stations, President of two broadcasting companies, and in 2002 was the founding Publisher of The Londoner, which became Canada’s largest independent community newspaper.  This spirit of adventure and entrepreneurship has been a theme in both my public and private life.

I’ve had some terrific experiences in my life and career, such as being a volunteer helping radio stations in Ukraine and Guatemala.  I was the mentor for Canada’s first Miss Universe.  I took 800 women to see Elvis Presley.  It has been a fascinating journey.

I’ve been fortunate to travel to many countries around the world, and I find the study of the culture, cuisine and history of nations to be intriguing.  I’ve eaten mussels in Brussels, perogies in Ukraine, goulash in Budapest, Sacher torte in Vienna, Peking Duck in Beijing, and bouillabaisse in a two-star Michelin restaurant on the shore of the Mediterranean in Marseilles.  I’ve drunk Pisco Sours in Peru, had some mysterious fish in Costa Rica, enjoyed kim chee in Korea, great southern barbeque in a little dive in Tennessee and sipped great wines in Provence.

I’ve attended a Bedouin feast in the deserts of the UAE, overnighted on the Moscow to Budapest Express, enjoyed the Chunnel train from London to Paris, cruised on ships in the Indian Ocean, the Caribbean Sea and up the Alaskan coast, rode a ‘tuk tuk’ in Thailand, the Mag Lev train that went 431 kms/hour in Shanghai, a rollicking bus in Central America, and somehow survived driving the freeways in California.  I spent one winter driving the US coast-to-coast-to-coast, learning a lot about the American people.

I’ve climbed the Great Wall of China, attended two Olympic Games, and walked hunched-over in a North Korean tunnel under the DMZ that makes Korea the only divided country left in the world.  I’ve snorkeled the Great Barrier Reef in Australia, dived in Mexico, explored the Yukon and watched the fireworks with 2 million others at the famous Sydney Bridge for the first official New Year’s Eve celebration in the world.

It’s been a fascinating life so far, and I look forward to more adventures!

All the best,
GORD